An audience with the King of Piel Island

It’s about time Hit the North received a knighthood. Services to Northwest tourism, maybe? Perhaps not after last Monday’s post.

Anyway, I did try my luck on a recent visit to Piel Island, a remote community of pub, castle and wildlife set adrift off the South Lakes coastline towards Morecambe Bay; see a selection of images here.

As landlords of the island’s Ship Inn, Steve and Sheila Chattaway are crowned the King and Queen of Piel, a symbolism-heavy ceremony that dates back to the 15th century.

So, if anyone can make me a knight, then Steve can. But, as I found, it’s not that easy. The Knights of the Order of Piel have to earn their title through years of selfless service. 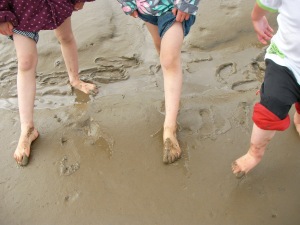 King for a day

After a day of rock pooling, shell skimming and crab collecting on Steve’s island fiefdom, I plucked up the courage to request a go on his throne.

The next morning I came down for breakfast after a night in the pub’s new B&B accommodation and readied myself for the crowning glory.

But Steve had disappeared and my hopes of a knighthood with him.

The king, it seems, had left the building.

To find out what happened next, look out for the story in the October issue of Coast magazine.

Coming soon to Hit the North, an audience with Cumbrian royalty.

Blimey. Hit the North must have touched a nerve somewhere with Monday’s post, a wake-up call to readers after my extended hiatus.

Judging by the flurry of phone calls, emails and Twitter messages I fielded on Monday morning, this blog is not about to be consigned to the recycling bin of history anytime soon.

Thanks to everyone who did get in touch. We’re all busy and I appreciate your efforts. But what have we learnt from this – apart from some people are rather touchy about their brand yet reluctant to post a view-by-all comment on the blog?

No much so far. I’m still looking for inspiration from across the region, although an autumn visit to Lancashire is looking increasingly likely. It’s early days but I suspect this idea will turn out to be a good story.

Does anyone remember them?

Personally, I’m not bursting to read yet another top ten round up of catch-all lazy journalism, nor swooning over another nicey-nicey review of a free cream tea the writer scoffed on the way to their spa treatment.

I like reading real stories. Or is that just me?

I still think the best travel stories are not about places but the people who live in them. But they also need a bit of proper journalism, human interaction, research, a timely hook etc.

It’s easy to appear belligerent but I’m trying to be practical. So I’m planning to post some examples of recent assignments I think made good stories over the next few weeks.

Then I’ll shut up. 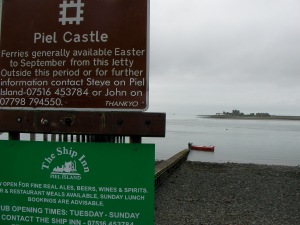 Waiting for the ferry at Rampside

Get those comments ready.

Does anyone still care about tourism in England’s Northwest?

Hit the North returns from a somewhat enforced break with a question: did we give up on tourism around the Northwest?

After all, when I first started this blog’s latest incarnation in January 2010, the central theme was exploring my own backyard – the diversity of the area from Cumbria to North Wales and all those in between. I found plenty to celebrate and met others who shared my enthusiasm.

But during my recent hiatus I’ve noticed a decline in efforts to keep the tourism momentum rolling. Should I call time on Hit the North?

The issue is, of course, money. The Northwest Regional Development Agency had its funding withdrawn under Government spending plans and is currently being wound down. It will finally close its doors around Christmas; read more here.

Responsibility for tourism promotion has been handed back to the five regional tourism associations. They, in turn, have suffered those now-infamous swingeing budget cuts despite a pledge by Prime Minister Cameron to make Britain one of the world’s top five tourist destinations in the world.

I know for a fact that Cumbria Tourism still has a marketing effort, albeit a reduced one. I’ve worked with them recently and you can read about the trip here next week.

But I haven’t heard a peep out of Visit Chester & Cheshire this year, nor Visit Lancashire or Marketing Manchester.

I’m not looking for a red-carpet fanfare but I am keen to find new angles on familiar destinations and uncover real stories behind the mundane.

Is money tight, or have they just run out of ideas?

Either way, I think silence is a mistake. The diversity of the region is as rich as ever and tools available to tourist boards are cheaper, more user friendly and more readily available than at any other time. 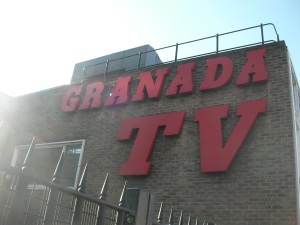 So I’m not  throwing in the towel. Over the next few months Hit the North will be staying vehemently close to home and trying even harder to uncover stories from across the region. I may be ploughing a somewhat lonely furrow at times but at least I’m trying.